Athletes of the world officially invited to Sochi 2014 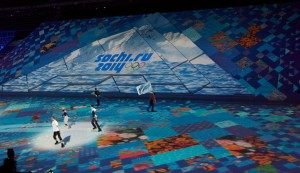 During the event, President Rogge personally delivered invitations to representatives of the NOCs from the host countries of the previous, next and future editions of the Olympic Winter Games (Canada, Russia and South Korea, respectively), in addition to the NOC of the host country of the next Summer Olympic Games (Brazil). All other invitations will be sent by post from the IOC headquarters in Lausanne, Switzerland.

The ceremony took place at the Bolshoi Ice Palace in Sochi and was attended by the President of the Russian Federation, Vladimir Putin, IOC Coordination Commission Chairman Jean-Claude Killy, IOC members in Russia Vitaly Smirnov, Shamil Tarpishev and Alexander Popov, and the President of the Sochi 2014 Organising Committee Dmitry Chernyshenko.

Click here to view the media release and the text of President Rogge’s speech.