Team USA Tries to Create ‘Pinsanity’ on Facebook and Mobile 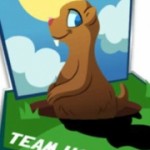 It’s been called the No. 1 spectator sport during the Olympic Games. Pin trading — the buying, selling and trading of commemorative pins at Olympic Games — first became popular in the 1980s.

It’s since turned into an industry in itself — and a sport anybody can qualify at.

Heading into Thursday’s start of the Sochi Winter Olympics, the U.S.Olympic Committee has launched its first social-media and mobile game around pin trading.